Diane King grew up in Bazetta, Ohio. A rural area in northeastern Ohio. As a little girl, Diane watched as her father would find stray dogs and cats and find homes for them. As this was before internet and social networking, he had to rely on ads in the newspaper and word of mouth. This left quite an impression on Diane, who loved all the animals her father found.

Because of her love of animals, Diane soon was working in a vet’s office where she would bring home animal that were dumped there. She then spent the next 15 years grooming animals before launching her mobile grooming business in 2007. All the while finding good home for homeless dogs and cats.

One day as Diane arrived for a grooming appointment in the pouring rain, she noticed a dog on the front porch. Diane could see the dog looked cold, hungry and scared. When she inquired about the dog, she was told it had been there a week and they were hoping it would just go away. Diane immediately took the dog with her. The vet told her the dog had had many litters of puppies, was heartworm positive and had mammary cancer. The options were to treat the dog or put her down. Because Diane did not have the money to cover the vet expenses, she started taking donations. She realized there were many dogs and cats in this situation – and a rescue was born!!!

Diane started picking up abandoned or stray dogs and taking them with her until she found a good home. Sometime it took weeks to catch a stray because they had been abused and were scared. She started soliciting donations to help defray the costs associated with ensuring each animal was in good health. Most of this was done through word of mouth.

This passion to help animals slowly became an organized effort. If Diane had “extra” donations, she would rescue a dog from the local pound and find it a loving home. People began calling Diane whenever they found a dog or cat in distress, wounded, dumped, etc.

Animal Pawtectors was launched when Diane wanted to reach a larger audience. She relied on friends to help solicit donations and spread the word about adopting or fostering a homeless dog or cat. Diane spent the time and money to go through the process of interviewing and vetting to qualify Animal Pawtectors to be part of animal networks, such as Petfinder, to help these animals. In 2014 she became a registered charity and her passion and ambition to help defenseless animals continues to grow. Now both Diane and her husband, Joe, have a life that revolves around helping the animals that cannot help themselves. 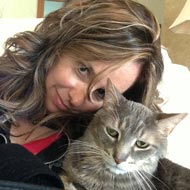 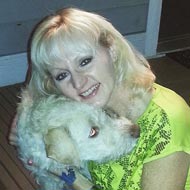 Linda StefanishFundraising Coordinator and Board Member 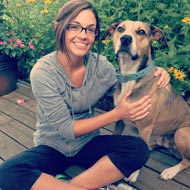 Sarah UlamVice President
Get in Touch 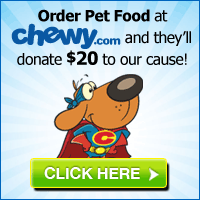 The Ohio Pet License Plates are vehicle registration tags that raise funds for education, spay and neuter of pets for low-income families, and for dogs and cats adopted from qualifying agencies.